“Hello, my name is Hervé Missiaen, business manager, visionary artist, author, facilitator and world traveler. I have a healthy academic economic background. Over the years, I managed four companies and served my clients around the world in 8 language zones. I closely follow the political and economic situation. Until recently I traveled the world in search of the urgent needs in favor of a current and modern society based on a new socio-economic model. I met influencers and different cultures and embraced my freedom.
Decades ago, the Flanders region was world famous far beyond its own borders in terms of entrepreneurship and vision. Flanders Technology and the fighting spirit of the Flemish attracted large international investments every week. Today, the new investments in Flanders are only a fraction of what they used to be. Flanders seems to be exhausted and non-existent. Flanders’ voting behavior is no longer stable. Everyone seems to fear everything and everyone.
Corona today is unwittingly Mother Earth’s fitting answer to the disastrous way we all treat and leave behind our blue planet. Corona today rightly shakes the world to its foundations. Tomorrow the same world will be politically and socially reset, whether it is willing or not. My dream is that Flanders and especially its youth play an important role in this. The recovery of Flanders’ lost position must be the final result. A first step, however, is to eradicate all obstructing factors. No rider wins a decisive mountain stage with a bike carrying 500 kg of weights behind.

The reader can decide for himself which 7 pain points must be fundamentally tackled in order to give Flanders back the wings of yesteryear. I refer to those pain points (=challenges) where everyone walks around in an arc and hopes that someone else will solve them. All restored shackles will form the chain of unity later on

Which challenges need to be tackled immediately before anything else ? 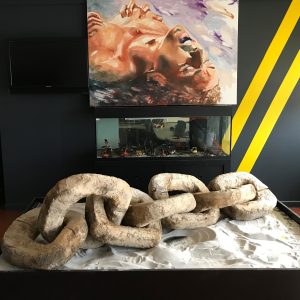