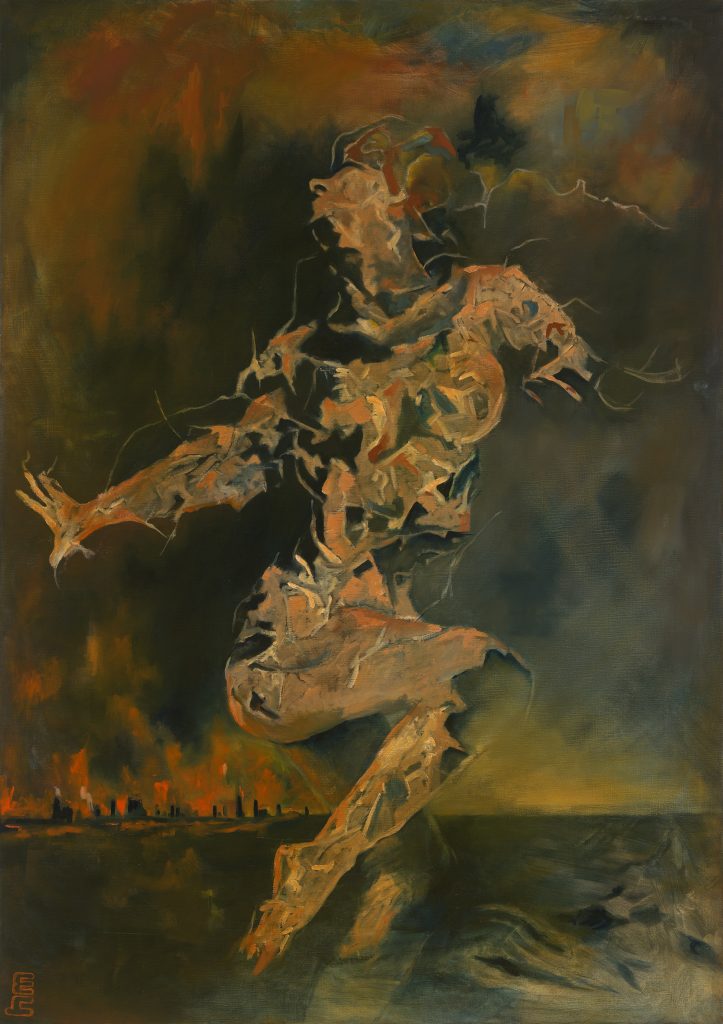 “It represents what happens to us when we loose our humanity…We evaporate as beings” – D.Lopez

This metaphorical painting depicts the imaginary story of 2 very special persons whom the artist admires. They just escaped from their own fictional prison. Just now they find themselves between the burning city they left behind and the sea in front of them.

The first person Joella, turns her neck towards her past for the last time. She has just left her city in flames. In front of her she steps into the sea to swim towards her freedom. For years she lived with a man of foreign origin. She almost died during the laborious delivery of their much premature child, who then struggled for his life. After this intense period, the proud father apparently considered it normal to have secret extra-marital sexual contacts with other women whom he obsessively was looking for during his many travels abroad. This deception and the surrounding lies came true. In the end, the couple had to divorce in silence and guilt.

However, this lady’s dream lies in the African nature. She feels completely reviving when she can protect and care for endangered animal breeds. Future will tell if mother and child finally got on their way to their real mission.

Some of us have our reasons for burning bridges or leaving burning cities and exploring new borders. The evocative character of this painting shows small and large empty spaces in the person’s body. Gaps that mainly represent loss, sadness, pain, guilt and bitterness. Later on, these gaps will be filled up with genuine love and real appreciation.

The second person that the artist admires is himself. A man who traveled thousands of miles to a hidden world to awaken. This artist ultimately learned how to handle lies, undelivered promises, extramarital deception and perjury from his best friend who claims the title of proud father. The artist advises this individual to go on appropriate vg-addiction therapy and as well to ‘explain’ all his hidden secrets to his 6 years old child son before it is too late.  Only the truth will set the involved parties free. 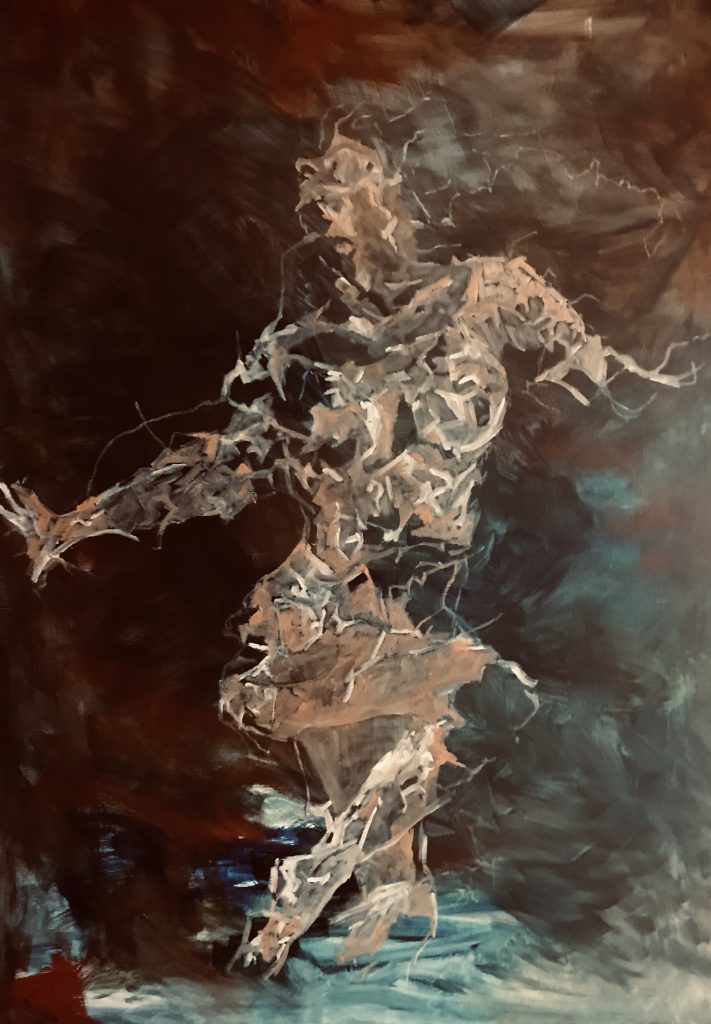